Pyro Musical Fireworks Center is the primary application for the synchronization of pyromusical shows. 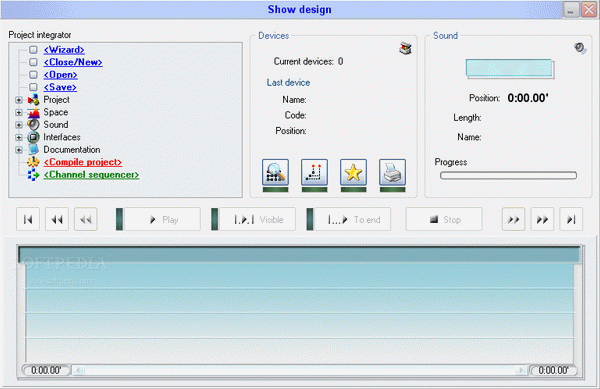 This control software enables the user to carry out two tasks: on the one hand, the selection of sound tracks through the reproduction of music files in WAV, MP3 or OGG format(which can be digitalized or downloaded from the Internet); on the other hand, the digitalization of sound tracks from CD-ROMS, which broadens the range of possibilities at the time of choosing the most appropriate song.

The design of the show is easily made: a sound graphic spectrum is visualized, and the different firework devices are simply dragged and then released with the mouse.

One special feature of our PMFC is that it minimizes control wiring in the fire zone, since the connection board and the connection cables are only exposed to one another. No additional feeding or control cables need to be installed: the main interface can feed the 144 channels by itself.

Another important aspect of the system is that the connection board doesn't have active elements or internal circuits that could be damaged by use, humidity or low temperatures, thus increasing the reliance and minimizing the failure margin of the system.

PMFC is designed to achieve high resolution in terms of temporization and shooting speed. It features a time control system operated by the PC which allows for a 5mS-precision and a maximum 25mS-delay between cues. This is important in Pyro-Musical systems, where firing precision and resolution are fundamental.