WebClapper is an intuitive image capturer and clip recorder that generates JPEG and AVI files. Additionally, users have the option of adjusting certain video parameters, such as brightness and contrast. 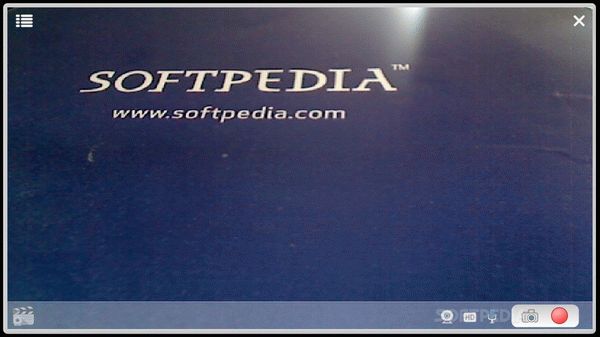 The interface is seamlessly integrated into the program. Resting on a subtle layer of opacity, it is a part of the camera capture window.

The core functions are handled by two buttons in the lower right corner. These control the “Capture” and the “Record” functions.

A very nice feature of this program is that both functions are streamlined for the best user experience. One click on the “Capture” button results in one JPEG file being created, and the same can be said about the “Record” button (AVI output file).

Both files types are created using the date as a name; the resulting images are placed in the default Windows Folders (My Pictures and Videos).

Two of the other three bottom right buttons control the devices used to capture images and sounds, if multiple options are available. Another button is used to control the resolution of generated files.

The utility allows users to adjust video parameters like brightness, contrast, saturation, sharpness and white balance in real-time, before recording any images or clips. This can save a lot of time!

Summing up, WebClapper is a great program for on-the-spot image and video recordings. The default output formats (JPEG and AVI) are adequate, although some users might find theses choices limiting. Future versions will probably allow users to modify default file names and destinations.